This is why you shouldn't buy crypto 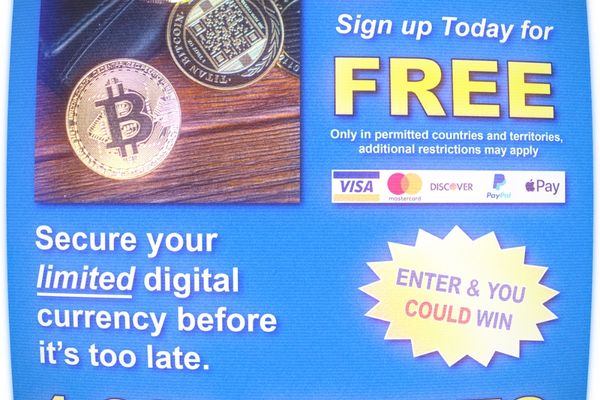 Crypto businesses made it to the mainstream, with tv ads at the SuperBowl, huge billboards at soccer matches and more.

We are encouraged to “be brave”, “to take the risk”, so we can get rich just by installing an app and buying some coins.

Thanks god, the usage of cryptocurrencies is not mainstream yet. In fact, as of September 2021, 9 out 10 Americans had heard about crypto but just 16% of them actually used or bought a coin/token.

There’s a good explanation for that.

13 years after the launch of Bitcoin, there’s still not much we can do with cryptocurrencies, apart from buying them and waiting for the value to increase.

Coinbase claims that the future of money is here. Well, apparently there’s not much we can do with money in the future.

The promise behind cryptocurrencies was that of democratising the finance industry and money in general. It hasn’t happened yet. Actually, the exact opposite happened!

Research by the The Wall Street Journal shows that as of December 2021 just 0.01% of bitcoin holders controls 27% of the currency in circulation. And now they’re even planning to build their own cities, as I explain in a previous post.

This is late-stage capitalism, not the egalitarian utopia promised by the crypto evangelists.

Their motto goes by “We’re all gonna make it” #WAGMI. Agreed, they’re definitely going to make it (and already are), at the expense of the regular people to whom the Super Bowl ads are targeted.

But who are they?

They are mostly entrepreneurs who built popular apps around crypto, mainly exchange and trading platforms. Apps to trade cryptocurrencies, not to actually make use of them. Those entrepreneurs made it to the billionaires club thanks to real-dollar commissions paid by their users.

An argument could be that investing in cryptocurrencies is no different from buying shares in a company, with the “company” being the crypto ecosystem. Agreed!

So, would you buy shares in a company that doesn’t make profit, whose products very few people use and are complex to understand, as well as not regulated? Probably not.

So, why would you buy crypto?

However, cryptocurrencies did something good. They popularised the concept of blockchain.

The blockchain technology can have a myriad of applications other than cryptocurrencies. Many “boring” industries are already making strong use of it, for example the pharma industry, which is using it to prevent counterfeiting.

The blockchain revolution is actually happening, but it’s going to be way less sexy than Matt Damon in his Crypto.com advert.

To read more about this: It’s okay to opt out of the crypto revolution