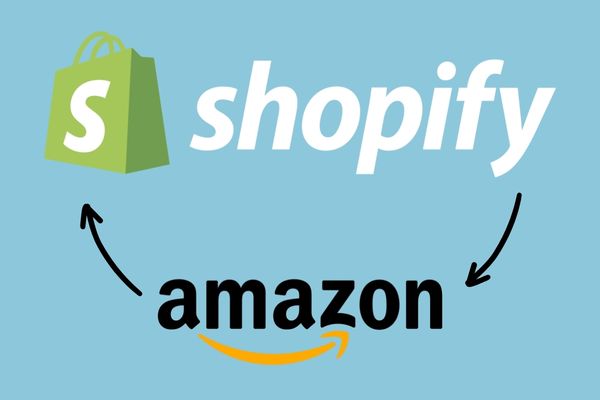 The online retail industry is arguably living its worst time in a decade.

However, two new products by Shopify might secure a bright future to the Canadian-based company, as well as to the eCommerce sector as a whole.

But they're not re-inventing the wheel, it's all taken from the Amazon playbook. Let's see why!

After over a decade spent building a world-class eCommerce infrastructure, Shopify now plans to "rent out" that same infrastructure to new customers.

Even retailers that don't currently use Shopify, will be able to purchase individual components and install them onto their own systems. Components include Shopify's high-performing checkout, a fraud-protection system, a tax platform and more. See the full list of available components.

This is a game changer.

For a start, it allows prospective customers to get a taste of Shopify's features without committing to a whole new platform. Once they're hooked by the great performance of individual components, they'll be more likely to switch fully to Shopify.

Not only Commerce Components will help find new customers, it will also generate revenue in the meantime!

Most importantly, Commerce Components has the potential to be extremely profitable.

Many of the components are already included in the regular Shopify subscription. Now, they are being detached and sold individually, making the marginal cost of every new sale potentially very low.

‍What does Amazon have to do with this?

Today, AWS is one of Amazon's most profitable business units.

I envision a similar future for Shopify!

Today's mantra in the advertising industry is "first-party data".

First-party data refers to what your consenting users provide when interacting with your products, as opposed to data "for sale" sourced by third-party providers.

Although this is good news for users, it can be bad news for advertisers, who in turn rely on Meta and Google advertising.

Shopify decided to do something about this, with the launch of Shopify Audiences.

Merchants using Shopify can generate a first-party list of their most valuable users. After that, a machine-learning algorithm expands this list, creating a larger lookalike audience.

Finally, merchants can upload this list onto Meta and Google's ad platforms and use it as their advertising target audience.

However, it doesn't solve the campaign optimisation part, which is still impacted by ATT.

In fact, with ATT, third-parties can not track when a user eventually makes a purchase after a click on an ad.

This is a big deal, because ad platforms learn what type of ads work best with what user, after analysing their post-click behaviour.

So, Shopify Audiences is not a game changer (yet). Rather, it is the first step towards a new ad tech ecosystem.

The size of the Shopify's merchants network is large enough to be an ad network by itself.

Once again, this is plain Amazon playbook! In fact, Amazon Ads is built on the huge network of Amazon sellers.

Once the advertising journey starts and ends on the same platform, no ATT can ever stop it.

Will these new products make Shopify the next Amazon?