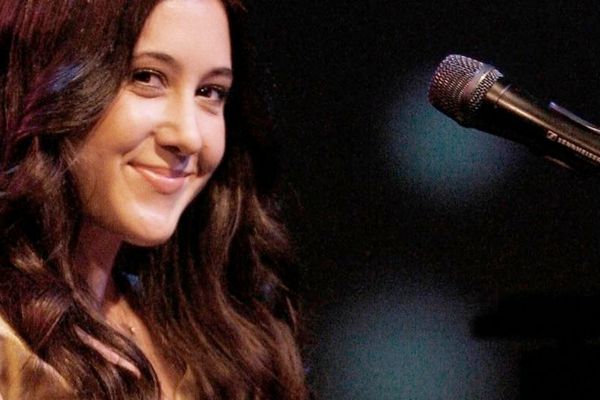 One-hit wonders have always fascinated me.

The hit “Teenage Dirtbag”, by rock band Wheatus, "Stacy’s Mom" by Fountains of Wayne and "All The Things She Said" by the Russian girl-duo t.a.T.u, are just some that come up to my mind. If you're in your 30s in 2022, you will know what I'm talking about.

I’ve always wondered how it must feel.

How would it feel to be in those artists’ shoes? You finally get to live your dreams, achieve world-wide fame doing what you love. But shortly after, you see the same dreams being shattered like a mirror crashing on the floor.

It must be devastating and excitingly explosive at the same time. Something like: “alright, I’m a nobody again, but hey, I’ve done things most humans can only dream of”.

Now, there are two different instances of one-hit wonders:

- The ones where we all forgot about both the song and the artist.

- The ones where the song became an instant classic, but the artist never made it past that.

The latter scenario is the most intriguing.

I've been thinking a lot about what happens to an artist, when people can only remember him/her for one song only. Was that their plan? Probably not. Probably, they had much more to say. Likely, they wrote tens of better songs and, in fact, they hate that one.

For example, Radiohead exploded in 1992 thanks to the smash-hit “Creep”. Yet, they hated it, as stated on many occasions. Fortunately, Radiohead were not a one-hit wonder. They were able to replicate and outdo the success of "Creep". But what if, that was it? What if, Radiohead were remembered only for “Creep”, despite all the other masterpieces they released over the years?

Well, it was the case of Vanessa Carlton.

Her name might not tell you much, but her hit “A Thousand Miles”, definitely does. After dropping ballet, Vanessa raised to music fame with that song in 2002, when she was only 22.

The tune became an instant classic. Its signature piano intro is now the soundtrack of viral TikTok and Instagram videos, and even Gen Z rocker Beabadoobee recently covered it on BBC Live Lounge. (Yes, I'm not too old to listen to Gen Z artists, yet)

I admit, I had forgotten about her until a video documentary from Vice popped up in my YouTube feed, “The Story of A Thousand Miles by Vanessa Carlton”. I immediately recalled the song. It made me go back in time to my happy teenage years, when I would spend my afternoons in front of MTV and playing music. Nice life :)

"The Story of A Thousand Miles" is a great story of music, hard work, luck, massive success and then, somehow, failure.

At the start of the video, Vanessa mentions she’s spent the last few months living with her parents and her dog, Sinatra. Her mum is with her for the whole duration of the interview. She breaks into the conversation to support her daughter, like only a loving mum can do with her little girl. Although, Vanessa is far from being a little girl now.

I know very little about her personal life. Why is she at her parents’? What kind of relationship does she have with her mum? I don't care. The only thing I know is that the story of A Thousand Miles resonates with me and with how I feelabout adult life.

Despite many years abroad and a fairly successful career, I still sleep in my teenage bunk bed when I’m at "home". So, the story of a huge star that stays at her parents' and says “it’s been interesting”, couldn't resonate more with me.

At one point in the documentary, she states: “In your mind you get exactly what you want, and is actually not what you want”.

Even if she had achieved everything she could ever dream of, that life didn't feel like a dream at all. Rather, it was starting to feel like a nightmare.

To me, this is the essence of adult life.

We spend years preparing for it. We go to school, to college, we study and work hard to chase our “dreams”. Nothing can ever go wrong, provided we plan and focus enough.

But the reality is that it’s not as straightforward as we're told. Things that we could never plan for suddenly happen. And then what?

What is relevant for us in our teenage years, will not be in our thirties. What we thought we wanted is not actually what we want now. Our biggest achievements, the ones we worked so hard for, quickly vanish in the past as new, greater challenges arise. Although reaching those achievements was all we wanted, now it’s not enough. Now we want or need more. Things like getting married or setting up a happy family start to get priority in your “I-want” list. My 20-something self would kill me for even thinking this!

All of a sudden, what we have worked for and all our past achievements don't matter if we’re not settled by 30. They don't matter if we don’t make a 6-figure salary, even though we love our job. What we want now, or at least what we think we want, completely erases any good we did in the past, which we should be proud of.

Is Vanessa proud of her “A Thousand Miles”? Is this achievement enough for her? Or maybe, she would rather have a longer and more sophisticated music career? In the interview, she states that she “hated that song”, while her mum adorably counters with “I love that song”. So no, maybe it's not enough. Although, I sincerely hope she's still proud of it, as it's a great song.

This story also made me think that even though we do great work and things go well for a while, in the end we can still fail. Eagerness and hard work are not always enough to be successful. Even the greatest achievements can be short-lived and don’t secure a long-term success.

Adult life is all about dealing with this.

Back in the days when I was playing music, I got to a point where I believed something big could have happened. I had worked hard for it, I was improving and networking with the right people. But it just didn’t work out and I gave up. Maybe too early? May be.

I still show some music achievements in my resume, although some of them are over 10 years old. I do it more as a self-therapy measure, to remind myself that I am also that. I am also the guy who has great music stories worth to be told to grandchildren.

But the reality is, the challenges and expectations of adult life are making that guy slowly fade out in a foggy past.

Adult life is all about realising the journey is not always one way.

Sometimes we go backwards, sometimes we’re just running in circle. Sometimes, we are back right where we started. But, hey, we never stop!

If you're lucky, you release an international smash hit song, and 20 years later you live with your mum and a dog. But you’re still there, writing music, for you and whoever wants to listen.